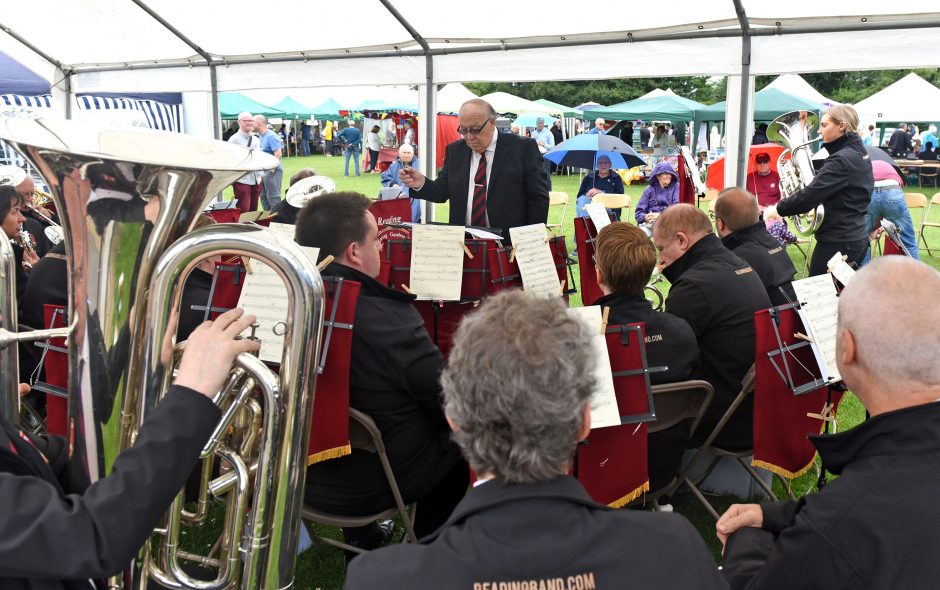 Euphonium player, Tilly Corless pictured at the front of the band performing Derek Broadbent's solo arrangement of 'When I Fall in Love'

The band was in full bloom on Saturday 29th July as the 27-strong band performed at Stoke Poges, Wexham and Fulmer Horticultural Society’s 124th show which also featured displays of prize plants and vegetables, a vintage British car show, fairground games, a barbecue, beer tent and bouncy castle.  Fortunately, the rain did nothing to deter visitors from attending the historic event and listening to the band – which the band very much appreciated!

The band’s programme included a mixture of traditional brass band music such as Roy Newsome’s march ‘Belmont’ and showcased two of the band’s soloists – Tilly Corless on euphonium and Matthew Ruel on flugelhorn who performed Derek Broadbent’s arrangement of ‘When I Fall in Love’ and Andrew Lloyd Webber’s ‘I Don’t Know How to Love Him’ respectively.  More upbeat numbers included The Beatles ‘Hey Jude’ and Goff Richards ‘The Golden Lady’ to name but a few.

The band will next perform on ‘The Pagoda’ in Woodley Town Centre on Saturday 5th August from 11am until 1pm.  Concert-goers are encouraged to bring chairs and sit back with their friends and family and relax during the band’s closing concert of the summer bandstand season which is free to attend. 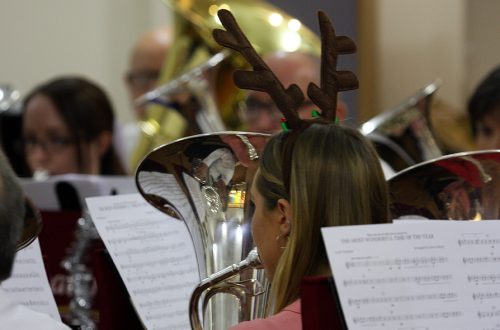 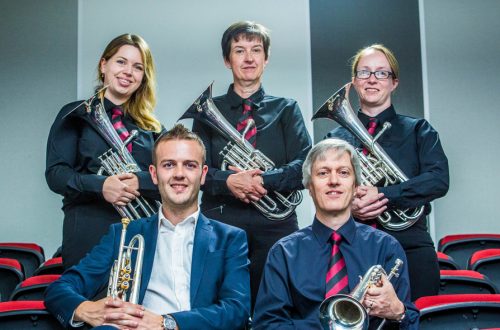