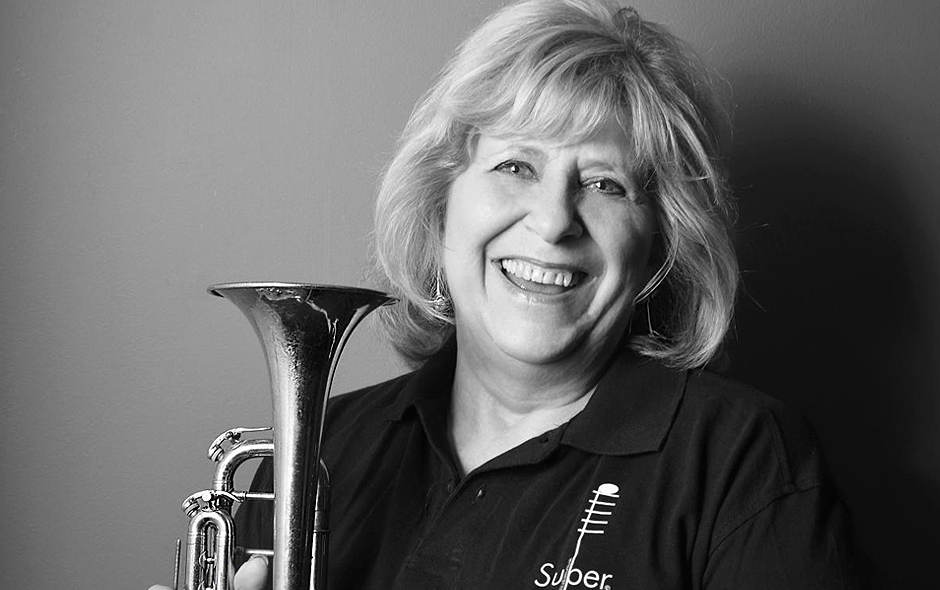 Wendy is the wife of legendary trumpet player and former member Derek Watkins whose family name has been synonymous with the band since it was founded. Derek’s grandfather George taught brass at Reading University, and became a founder member and conductor of the band in its form as a brass band, until succeeded by Derek’s father, Ted.

On her appointment, Wendy said:

I am astonished, honoured and very touched… I can honestly say there are very few times when I am lost for words and this was one of those occassions! – Wendy Watkins

Wendy made her first public appearance as President in support of the band at Challenging Brass on Sunday 29th October 2017.