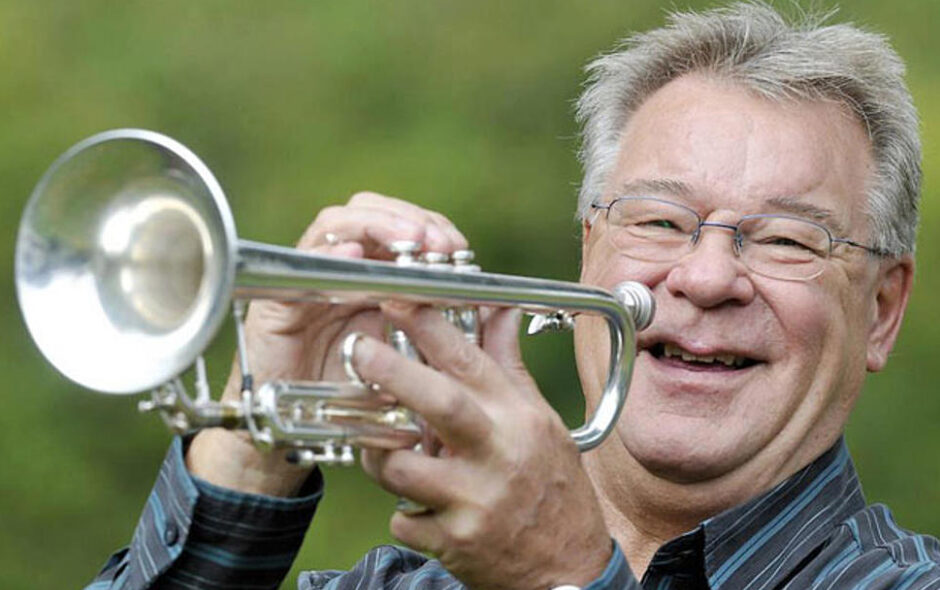 British trumpet legend Derek Watkins had an international reputation for being one of the world’s best all-round trumpet players. In a career spanning fifty years his story as a musician and trumpet player began with his family in the Reading Spring Gardens Brass Band.

Born Derek Roy Watkins in Reading, Berkshire on the 2nd of March in 1945, he was perhaps best known for his lead trumpet works on the soundtracks of every single James Bond film from Dr. No in 1964 to Skyfall in 2012 and as a long time member of the world famous James Last Orchestra.

Derek was taught to play the cornet at the age of 4 by his father Ted and he went on to play with him in the Reading Spring Gardens Brass Band with whom Derek won many musical awards under the baton of their conductor and his grandfather George.

In his early playing days Derek mastered the trumpet in his father’s dance band and at the age of 17 turned professional. Derek played the dance band circuit where he established himself as one of the most sought-after session musicians in the business, known for his mastery of the trumpet and flugelhorn.

A collaboration with Colin Sheen and Jamie Talbot would see Derek also branch out into composition. Their work can be heard in the incidental music for the ITV Drama series Midsomer Murders and library music for KPM Music.

Derek will not only be remembered for his unique talent as a trumpet player but also for his great contribution to the design of the modern British trumpet. To this day, Smith-Watkins Instruments is the name that many of the world’s top flight brass players turn to as their number one choice of trumpet.

Derek very sadly passed away at the age of 68 on the 22nd March in 2013 following a two-year battle with a rare form of cancer called synovial sarcoma.

The Reading Spring Gardens Brass Band is very proud of Derek and the history that the band shares with his family. Today, our long association with the Watkins family continues with Derek’s wife Wendy who is the president of the band. We are very grateful to Wendy and her family for the continued support, encouragement and friendship they actively share with us.