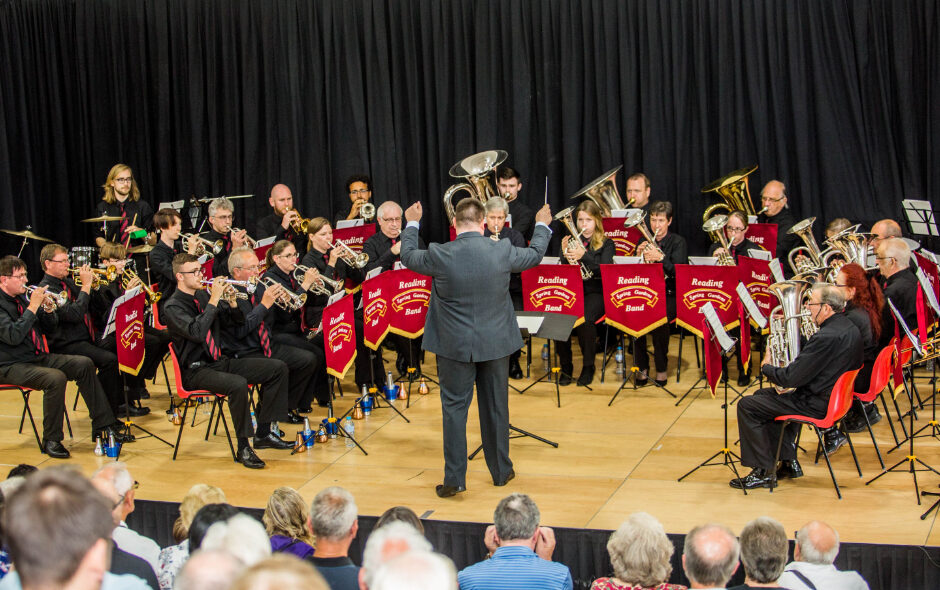 Matthew is perhaps best known in the brass band world for his association with the popular online brass band magazine 4barsrest.com and ownership of the 4barsrest.shop marketplace. He is also the owner of Bandmaster®, the company behind the IP Brass cornet mouthpiece which is designed by Ian Porthouse – Ian is the current Musical Director of the Tredegar Band.

Matthew, in support of Ian, enjoyed a long association with Tredegar Band who hail from South Wales. He helped to provide the band with a new outlook and a change in management which, in part, resulted in two British Open Championship titles and a number two world ranking.

Matthew has performed with Tredegar Band in ground-breaking projects including the world premiere of the ballet ‘Dark Arteries’ at Sadler’s Wells Theatre in London and a movie appearance in the LGBT+ BAFTA award winning film ‘Pride’.

He is perhaps better known more locally for his association with the Friary Brass Band to which he is a former member and regular guest player. As a proficient cornet player Matthew has helped many brass bands, both locally and wider afield, performing last with Sovereign Brass in 2018 at the British Open Spring Festival on ‘A Kensington Concerto’.

With the untimely passing of his father David Ruel in 2019, the then musical director of the Reading Spring Gardens Brass Band, Matthew’s cornet has since remained in its case, but with a baton in hand, Matthew gave the leadership and direction the band needed at that difficult time to build on the success it had enjoyed under David’s baton.

Matthew’s first appearance conducting a brass band at a contest in October 2019 saw him lead the band to a first place win in a field of twelve bands. This was also the band’s first major contest appearance since 1982 – a significant achievement in the history of the band and one which David would have been very proud.

As a result of this success the Reading Spring Gardens Brass Band was accepted into the third section of the Regional Brass Band Championships of Great Britain in 2020.

Matthew encourages and supports all members of the band in their playing and promotes the use of professional and respected brass band educators and conductors where possible. In recent years, the band has been very fortunate to benefit from the experience and musical direction of Ian Porthouse and Chris King.